Violence is often viewed as the ultimate revolutionary means: the gun-wielding guerrilla, the brick- throwing student and the militant terrorist are all common images of the struggle against authority. This workshop unpacks that assumption and explores how to respond to injustice that is neither timidity nor resorting to the same violent methods of those we oppose. Violence is not only highly problematic from an ethical perspective, but also less powerful than it seems at first sight. Nonviolence has in fact been often far more effective in yielding power and promoting social change. This workshop explores some of the basic concepts associated with nonviolent action and some of the dynamics of its practical application in local and global struggles against authority. It strips nonviolent struggle of any unhelpful religious overtones and explores the revolutionary implications for progressive activists who not only want to change policy but who are also concerned about the relationships and structures that underpin oppression.

Nonviolent action is for activists, organisations and social groups who want to explore the power of nonviolence to win tangible victories for local communities and the environment. It will also be of particular interest to those people who have or are considering engaging in direct action.

This handy guide sets out the steps NFP organisations need to take when we’re thinking of bringing... 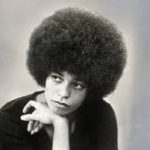 It is extremely important not to assume that there are 'communities of color' out there fully formed, conscious of themselves, just waiting for vanguard organizers to mobilize them into action...   We have to think about organizing as producing the communities, as generating community, as building communities of struggle.
The Change Agency
3
2014-06-10T11:10:53+10:00

It is extremely important not to assume that there are 'communities of color' out there fully formed, conscious of themselves, just waiting for vanguard organizers to mobilize them into action...   We have to think about organizing as producing the communities, as generating community, as building communities of struggle.
https://www.thechangeagency.org/testimonials/angela-davis/