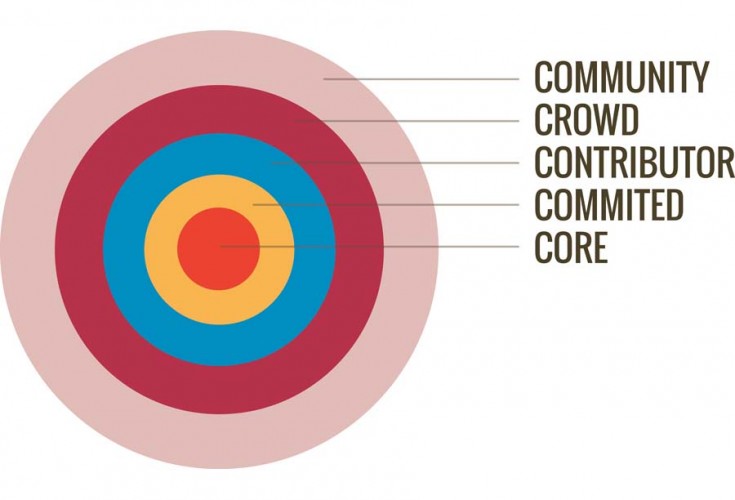 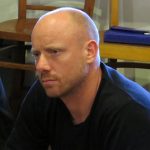 Mike Pulsford’s article outlines a model for thinking about the different levels of engagement of people involved in a campaign; what kinds of things people at each level can do, and what support they need to do those things; and how people can move from one level to another, aka a ‘ladder of engagement’.

It also has implications for how we think about events and capacity, and for how well a campaign can scale.

Acknowledging the source of this model and its path to us…

This model comes, via two steps, from a framework originally devised by the founder of the so-called ‘megachurches’ in the US, Rick Warren, and which he outlines in his book ‘The Purpose Driven Church’.

NIck Moraitis and Anna Rose and others adapted it for use in campaigning while they were at Make Believe, and it’s one of the things which structures the AYCC. Their document ‘Purpose-driven campaigning’ is a VERY useful 20-page summary of Warren’s book from a campaigner’s perspective.

Naomi Blackburn adapted part of that framework – the ‘circles of commitment’ model – for use in managing campaign data (e.g. in Adam Bandt’s election campaign), and Mike from 350 Melbourne got trained in it when Naomi presented at the Community Organising Fellowship run by the Change Agency.

The model divides the world of the campaign into five groups, represented by circles. The circles are concentric, which means each group is contained in the groups which are larger than it. From largest to smallest they are:

Community – the set of people the campaign is trying to reach

Contributors – those members of the Crowd who volunteer or donate

Committed – those Contributors who can organise others

Core – those Committed people without whom the campaign would fall apart

The largest circle is ‘Community’. This represents the set of all people the campaign is trying to reach, and therefore depends completely on the campaign. It could be, for example, retirees with solar panels, the staff and students at a school or university, voters in a particular electorate, or everyone in Australia.

A key campaign question is identifying which Community the campaign targets. In some campaigns this will be more-or-less predetermined; in others it’s a strategic choice.

In the case of the Melbourne group in 2014, our Community is the local government area of Moreland, which we chose for strategic reasons. (In the longer term, it’s metropolitan Melbourne.)

(Most communities are of course themselves composed of multiple smaller communities. The specific makeup of these communities is relevant to how we try to move people from one level to another, but it doesn’t change the structure of the model itself, which is about campaign engagement. The detail of community makeup is important, but better captured by tools like Community Mapping and Power Mapping.)

In our version of this model, Crowd is the Community members in contact with the campaign – those who’ve taken a flyer or signed a petition or joined our email list and so on. Those in the Crowd are more engaged with the campaign than those in the general Community, however it’s largely a passive engagement.

Crowd, like all the other levels, itself contains different degrees and kinds of engagement. e.g.

For some campaigns it might make sense to distinguish these. We haven’t gone as far as that yet.

While Crowd is passive compared to the other levels, someone in it has taken some kind of active step to join our Crowd. Many people never do that! So it makes sense to think of Crowd as people who are willing to take a step towards us, and to ask ourselves how we can help them take another.

The next level of engagement is those who contribute to the campaign in any way, perhaps by donating or by volunteering.

Warren calls these people ‘Contributors’; at the moment in the Melbourne group we call them ‘occasional volunteers’. These are people who might not have the capacity or interest to come to weekly strategy meetings, but who will happily help out if:

a. The task we want them to do is clearly defined

b. It’s organised by someone else

c. We ask them, and give them enough notice

d. They’re given training and support, and

e. They can see how it’s useful

For example, an occasional volunteer might volunteer time on a stall if you say,

“350 is holding a stall at CERES market on Saturday, July 20th. It’s a great opportunity to get support for the divestment motion Council will be voting on on the 27th – can you offer two hours of your time to help collect signatures? We’ll train you in what to say, and there’ll be an experienced person doing it with you in case any questions come up which you can’t answer.”

One of the great things an occasional volunteer can help with is the kind of task involved in turning a Community member into a Crowd member – staffing stalls, getting petition signatures, handing out flyers, doorknocking, phone banking etc. They can only do this with support and training, and if the task is well-defined. That’s the job of the people in the next levels of engagement.

Ideally we have ways for an occasional volunteer to become one of these people. For example, if a volunteer has helped out at three stalls and seems to enjoy it, we could ask, “Hey, you’ve been doing a great job on these last few stalls. Could you help us train the new people at the next one? We’ve got an outline you can follow, along with some training tips, and there’ll be one of us there if anything comes up.”

Since the people in the Core know the campaign best, it is tempting for them to do everything – they know how everything fits together, after all, and they’re best-qualified to answer difficult questions.

That works well in some campaigns, and some campaigners prefer it. If resources are adequate, or the need for central control is high, or confidentiality is crucial, a small team working alone might be best. But it is a problem in a campaign which relies on scale and which relies on people power to achieve that scale (rather than, say, a big advertising budget).

One way of thinking about this model would put the core at the top of a hierarchy. We think it’s better the other way around:

The core supports the committed volunteers, and has also done the strategy and structuring work to make the whole thing credible.

Looked at with this model, events and other campaign interactions look different. Rather than just the core members, say, running a stall, we can use a single stall to build capacity at every level of our campaign.

If a stall is just run by the core members, they get all the learning. Ideally we want to disperse learning through every level of the campaign, so everyone is growing and learning to lead.

The example above talks about stalls, but there are opportunities to use any campaign interaction to build capacity at more than one level, and that’s the main point.

The more committed someone is, the more personal your communication with them should be. And in my limited experience: if you’re trying to get someone to move up the ladder of engagement, a spoken conversation works way better than an email.

The key idea is that we are always trying to grow leaders in the community.

This reframes the core group’s mission as training to train trainers. i.e., how do we work out how to teach new leaders to teach new volunteers how the campaign works and how they can be a part of it?

This approach involves more work and thinking-through than the approach where the core members do everything themselves. The payoff is there’s much more scope for the campaign to scale, and for individual members to avoid burnout.

In our experience so far, it’s easy to slip back into the mode of core-doing-everything, especially when things come up at short notice. It takes effort to practice always reaching out to new people and always trying to engage new volunteers.

Also, even when we try it’s not always easy to get new volunteers to help at a particular event! But we figure we’ll get better with practice.

As long as you feel powerless and unable to do anything about [your problems], all you have is a bad scene. The people resign themselves to a rationalization: it’s that kind of world; it’s a crumby world; we didn’t ask to come into it but we are stuck with it and all we can do is hope that something happens somewhere, somehow, sometime.

This is what is usually taken as apathy.
The Change Agency
2014-05-19T15:18:01+10:00
As long as you feel powerless and unable to do anything about [your problems], all you have is a bad scene. The people resign themselves to a rationalization: it’s that kind of world; it’s a crumby world; we didn’t ask to come into it but we are stuck with it and all we can do is hope that something happens somewhere, somehow, sometime. This is what is usually taken as apathy.
https://www.thechangeagency.org/testimonials/saul-alinsky/