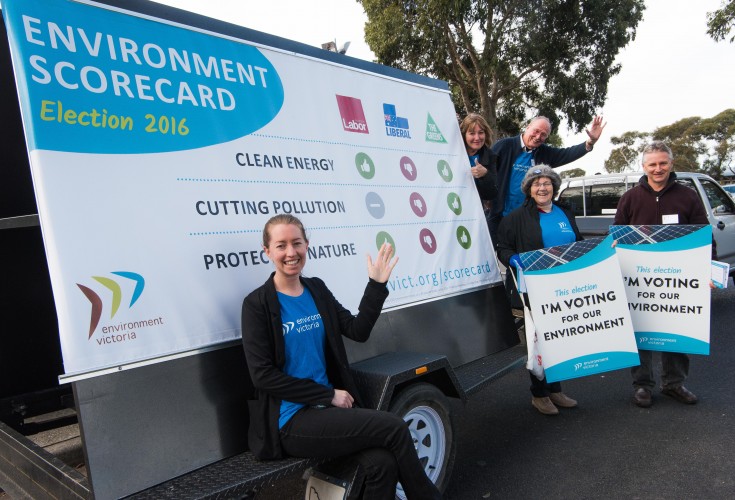 Here by the beach in south-east Melbourne, we’ve just come out of a whirlwind 4-month election campaign in the electorate of Dunkley (as well as Deakin electorate in the east, where we worked with ACF).

We are building community power through deep and ongoing organising in this area, where the vote is close in state and federal elections, to make sure whoever is elected has strong environment and climate policies.

After a year of training and community building in preparation, our core Dunkley volunteers worked in teams to organise 250 volunteers in doorknocks, market stalls, phonebanks and staffing our Frankston Enviro Hub shopfront daily for 12 weeks. Volunteers sought out undecided voters around the electorate and had more than 2000 persuasive conversations asking people to sign a pledge to vote for our environment. These conversations were followed up with phone calls, emails and a mail-out of pledgers’ own signed pledge card along with our scorecard rating the major parties on clean energy, cutting pollution and protecting nature.

Our power has also grown through working in alliance. In Dunkley we developed relationships with local groups, partnered with the Australian Solar Council to run a Dunkley Vote Solar Forum, and worked in collaboration with groups campaigning in marginal seats across the country.

Dunkley became one of the knife-edge seats on election night. We are celebrating a 3.99% swing to parties with stronger environment policies, AND polling that showed 78% of people in Dunkley are now concerned about global warming and want to see coal mines closed.

— Adele Neale is a Community Organiser with Environment Victoria.