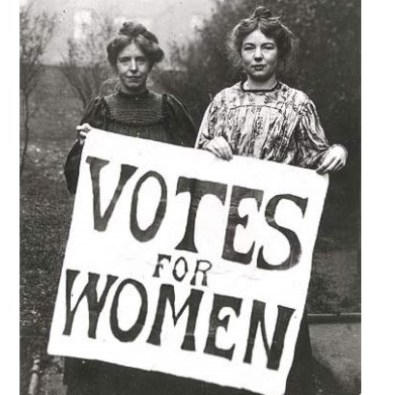 The 2017 Queensland state election took place against a proposed new coal mine in Queensland, and a concerted national campaign against it. The mine’s proponent was Adani Group, of India, and the opponents: Stop Adani. Before the Queensland state election campaign began, Stop Adani succeeded in pushing Australia’s big four banks to rule out financing the mine. Adani then turned to the “Northern Australia Infrastructure Facility”, NAIF, which had the power to offer a one billion dollar loan of taxpayer funds. Stopping this ‘NAIF loan’ become the immediate priority of the Stop Adani campaign.

In the early days of the Queensland election campaign, Stop Adani protesters drew attention to their campaign, interrupting campaign events of both the incumbent Australian Labor Party (ALP) and the Liberal National Party (LNP), the alternative government. Just days into the campaign, the ALP’s Premier Annastacia Palaszczuk declared that her party, if re-elected, would veto the NAIF loan. The approach taken by Stop Adani protestors is similar to that of the Women’s Social and Political Union (WSPU) in their campaign for women’s suffrage in the early 20th century. We can learn from both campaigns when considering options for campaign targets and tactics.

It was 1905, and the Conservative Party had been in power for decades in the United Kingdom. Change was in the air, and the Liberal Party was expected to take power. The Liberals were more sympathetic to the cause of women’s suffrage but were coy on specific plans to deliver. The recently-formed WSPU responded by using the Liberals’ own campaign events to raise the issue of “votes for women” and to demand to know not only the Liberals’ position, but their plans to extend the suffrage.

Their efforts began at a meeting in Manchester, with the Liberals’ Sir Edward Grey speaking. Following speeches, when questions were invited from the audience, the WSPU’s Annie Kenney stood up and asked, “If the Liberal party is returned to power, will they take steps to give votes for women?”

The question was received poorly. Emmeline Pankhurst’s My Own Story recounts the reaction:

“Sir Edward Grey returned no answer to Annie’s question, and the men sitting near her forced her rudely into her seat, while a steward of the meeting pressed his hat over her face. A babel of shouts, cries and catcalls sounded from all over the hall.”

After attempting several times to have their question answered, the Suffragettes present were flung into the streets. That was it. They determined to raise their banners “wherever a prospective member of the Liberal Government rose to speak, and that there should be no more peace” until they had their answer.

The Liberals took power in 1906 but did nothing to extend the franchise. Over the following years, the WSPU used by-elections and general elections to promote their case. They raised the issue at every public opportunity and actively campaigning against Liberal candidates. They successfully eroded Liberal margins and played a role in shifting seats away from the Liberals altogether. Facing increased security measures, the women of the WSPU were indefatigable:

“…no women were admitted to their meetings, but they got in just the same. Two women hid for twenty-five hours in the rafters of a hall in Louth where Mr. Lloyd-George spoke. They were arrested, but not until after they had made their demonstration. Two others hid under a platform for twenty-two hours in order to question the Prime Minister. I could continue this record almost indefinitely.”

The Suffragettes used a tactic – questioning at public meetings – as part of a strategy of moving the Liberals to actively support women’s suffrage. This has similarities to what we’ve seen from Stop Adani.

The anti-Adani disruption threatened to be a relentless backdrop to Palaszczuk’s campaign. Within a week of the first interruption, Palaszczuk announced a decision to veto the NAIF loan (although she didn’t credit the Stop Adani movement). Nicholls then became the primary target. In one occurrence that brings to mind the dedication of the 20th century Suffragettes, four protestors upstaged Nicholls,having hidden for hours underneath an audio and sound podium.

The WSPU and the Stop Adani protestors both used the tactic of speaking out at public political meetings (or what Gene Sharp calls “nonviolent interjection”). They also had similar political analyses. Each campaign decided to target a potential supporter with polarising tactics in order to win concessions. The WSPU (as part of a broader suffrage movement) won the vote, Stop Adani campaigners won a change from the ALP. These cases illuminate the value of focusing not on your strongest opponents, but potentially on those most likely to shift.

True friends stab you in the front

Initially it was because the Liberals were the presumptive government. In 1905, the WSPU decided to target the party most likely to be forming the government, pushing them to extend the franchise. But even once the Liberals formed government, the Suffragettes continued to target them in numerous by-elections, actively campaigning against the party that was more aligned with their interests. This would seem to be alienating their potential allies in Parliament and making it harder for the Liberals to have the numbers to actually deliver. Indeed, the Liberals considered the Suffragettes “very foolish and ill-advised”, because “the vote…must be gained from the Liberal party”, which was unlikely to give the vote to those who had made it their enemy.

But the WSPU was clear on its theory of change. When the WSPU came into existence, there were already women’s groups working in support of the Liberals. They thought they could ally themselves with male Liberal politicians, campaign for them, and win the right to vote as reward.  But Pankhurst believed that these groups weren’t effective. When the WSPU decided to target and heckle Liberal candidates, this was in contrast to existing strategies. And in making this decision, the WSPU aimed to force the Liberals to act, knowingly risking the possibility of an even more hostile government.

Coming into the Queensland election, both the ALP and the LNP supported the Adani mine project and the potential NAIF loan. Although the ALP was the incumbent government, there was no clear favourite to win the election. Many feared that the ALP could lose. And, while the ALP was no ally of the Stop Adani campaign, the LNP was bending over backwards to show its support for the Adani mine.

This put Stop Adani campaigners in a tricky position. They wanted to pressure the ALP, but they didn’t want to go too far and help elect a fervently pro-Adani Nicholls government. Thus, in the early days of the election campaign, protesters targeted Palaszczuk and the ALP, but not exclusively – Nicholls also came under pressure. Once Palaszczuk committed on 3 November to vetoing the loan, the efforts of the Stop Adani campaign re-focused on Nicholls, pressuring him to match her commitment.

Palaszczuk went on to win re-election from minority, gaining seven seats and forming a majority government.

Despite similarities, the WSPU and Stop Adani campaigns faced different contexts with different risks. While the two groups had some tactics in common, the WSPU’s greatest risk was burning bridges with the Liberals, while the greater risk for Stop Adani was the rise to power of the pro-Adani LNP. Nonetheless, both groups managed these risks, made a strategic trade-off, and ended up targeting the party more sympathetic to their own agenda.

Push where there is movement

The lesson? You should target the decision-maker most likely to give you what you want, and sometimes that means creating political risk for them. This seems straightforward, but sometimes we don’t see it because we are wary of what might happen if our work makes supportive decision-makers less powerful or less supportive. “What if targeting the ALP means that the LNP got in?”

This is brinkmanship. Campaigners – on climate or coal – want to win a concession from the ALP.  But because the ALP is more credible on climate and environment issues, and because their values are more aligned, campaigners are wary of endangering the ALP’s standing or jeopardising useful relationships. This is why it’s hard to imagine the Greens preferencing the (Australian) Liberals above the ALP (because of the risk ofthe wrong lizard getting in), but it’s also why green groups can be wary about supporting the Greens over the ALP (because even if better candidates get in, you risk creating enmity with the party that may ultimately form government).

But if the ALP knows that campaigners will always blink first, will never go the brink, then pressure tactics are ineffective. The ALP must find the threat of political repercussions plausible which means that sometimes attacking the ALP’s electoral standing is necessary, not only for the direct effects, but also to show the ALP that – at least sometimes – it’s not good enough to be marginally better than the Coalition.

This is what the WSPU did with the Liberals. They gave their Liberals every chance to give women equal franchise rights to men and, when they didn’t, they campaigned against them and interrupted their campaign events. In doing so, they demonstrated to the Liberals that they wouldn’t settle for a Liberal party that was merely better than the Conservatives, but that they demanded one that would give them what they willed.

All quotations, unless indicated otherwise, come from Emmeline Pankhurst’s “My Own Story”, a public-domain book available free.