Join the New Tactics community for an online conversation on Creating and Sustaining Awareness of LGBTQI Rights from June 26-30, 2017. LGBTQI rights were only officially recognized as human rights by the United Nations in 2011. Since then the OHCHR’s Free & Equal campaign has sought to raise awareness and advocate for an end to discrimination against LGBTQI individuals. However, it is difficult to break the stigma which exists against non-heterosexual or cisgender individuals in many cases. This means that even when legal protections are instituted, enforcement is oftentimes lacking.

We love the New Tactics for Human Rights website, especially their catalogue of innovative tactics that includes case studies of each tactic. This month’s featured tactic is building public and media awareness to change the minimum wage and policy for sub-contract workers

“It became clear that the minimum wage system did not protect workers employed in small and medium sized businesses; instead, the system was misused so that workers earned lower wages. The KWWAU held a conference to publicize the survey results and to discuss ‘How to Improve the Minimum Wage System from the Perspective of Unorganized Workers,’ and to publicize the problems of the ‘unrealistic’ minimum wage system.

“In order to illustrate the gravity of the low wages, KWWAU staged a performance event called ‘Lunch with Yong-Hee’ in front of the Korean Assembly. They prepared Yong-Hee’s 944 KRW meal (about USD 0.60) and shared it with 60 participants at the performance. Participants included reporters from the media. The performance was so successful that it was reported in nearly all newspapers and broadcast on two major television news programs during prime time.” 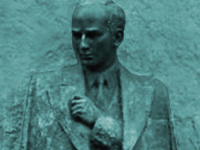 This Strategy Toolkit is a collection of resources and tools for building strategic thinking and tactical innovation.  New Tactics in Human Rights have organised the material using the 5 Steps to Strategic Effectiveness Method. The toolkit has been developed primarily for human rights advocates, their organisations, coalitions, and networks to help better understand the importance and need for strategic thinking and to provide tools to help examine and determine what tactics might best help advance efforts to make change.

The New Tactics online dialogue “Using Shadow Reports for Advocacy” explored the various tactics in using shadow reports for supporting democracy and promoting government accountability in human rights. In the beginning of the dialogue, participants defined what constitutes a shadow/alternative report and identified the pros and cons of its use. After establishing a common understanding of shadow reports, the participants transitioned into discussing some of the deeper topics and challenges: issues of credibility, effective process of writing a report, using reports for advocacy, and addressing non-state actor torture by shadow reports.

Irene Opper. What Works Insights from interviews with advocates for migrants, refugees and asylum seekers in Queensland.

Designed to provide background information and analysis of the various forms of racism and racial discrimination that continue to occur in Australia, and to suggest strategies to support those affected and to combat racism more generally. These resources

The Community Organising Fellowship is an intensive training program for experienced campaigners to expand their organising skills...

Our collection of resources for campaigners and organisers has almost 1000 downloads and links, shared with us...

Applications are now open for the 2021 Community Organising Fellowship for social and environmental justice campaigners. The Community...

The Change Agency team have been teaching campaigners to ‘cut the issue’ for 15 years. This strategising...

The Change Agency website has been described as a “treasure trove”, a “one-stop shop” and a “best...