For decades the Highlander Center has been at the heart of some of our country’s most important social movements. In the 1930s it became the official training center for unions in the Congress of Industrial Organizations, the labor federation that organized millions of factory workers regardless or craft, skill, or race. Union members from across the South attended racially integrated workshops where they shared organizing experiences and honed their skills. The Montgomery Bus Boycott and the founding of the Student Nonviolent Coordinating Committee had their start at Highlander, too. It’s where “We Shall Overcome” became a civil rights anthem.

Highlander is still going strong, and in September it will celebrate its 85th anniversary. Chris Brooks interviewed Susan Williams, who has worked as an educator there for 28 years.

A system map is a visual depiction of the relationships between actors within a system. Often, system maps depict flows of information and/or resources. In this four-part blog series, Emily Gate, Srik Gopal, Lauren M. Smith, and Joelle Cook of FSG give guidance, share examples, and and might even get you to pick up a marker and draw a rich picture!

A few weeks ago, I was invited by the convenor of the 350.org group in Sydney to lead a short workshop with their team. Their campaign to encourage universities and other institutions to divest from fossil fuels is building momentum. They’re actively recruiting and training new leaders, and wanted to build their skills and confidence to design and…

Aziz Choudry writes: “Social movements are not only significant sites of struggle for social and political change. They also represent important – albeit contested and contradictory- spaces of learning, knowledge production and research. Acknowledged or not, social movements have made important pedagogical, theoretical and political contributions to the fields of adult education, and schooling more broadly.” 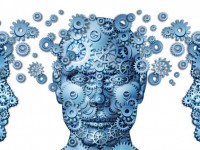 Training prepares people to do simple tasks reliably. It’s generally very practical and focuses on the competent completion of tasks. Education develops skills and knowledge. It involves forming and communicating ideas, developing and challenging understandings and learning to conceptualise and solve problems. Community organising and campaigning are not basic skills or competencies that can be learnt through…

Michael Newman writes about adult education and social and political action. This website has been set up to provide free access to three of his books, and to provide information on some of his other publications. The books you can access free of charge are: ‘Maeler’s Regard: Images of Adult Learning’; ‘Defining the Enemy: Adult Education in Social Action’; and ‘The Third Contract: Theory and Practice in Trade Union Training’. The site carries information on Mike’s book ‘Teaching Defiance: Stories and Strategies for Activist Educators.’

In the context of inclusive teaching practices which enhance the learning of all students, it is useful to know more about the implications of specific impairments and health conditions in order to better meet the needs of learners.

Powercube.net contains practical and conceptual materials to help us think about how to respond to power relations within organisations and in wider social and political spaces. This resource is a collective effort, please contact us if you have something to contribute and share with others interested in power analysis.

This book defines principles and techniques for teaching adults in groups and includes illustrative stories from the experiences of the author. It deals with issues of diversity, as well as authenticity and emotions in group learning. This book  describes how to design effective learning experiences, and how to facilitate these learning experiences, and brings all the elements of the author’s approach together.  It also includes material on sustaining the educator, working with social movements, and an effective toolkit. This book is resource for facilitators of adults in group learning situations.

The Change Agency website has been described as a “treasure trove”, a “one-stop shop” and a “best...

Monitoring and evaluation have been a focal point for the Change Agency’s Community Organising Fellowship since its...

We’re super proud to announce the 2020 edition of the Campaign Strategy training guide, now available as...