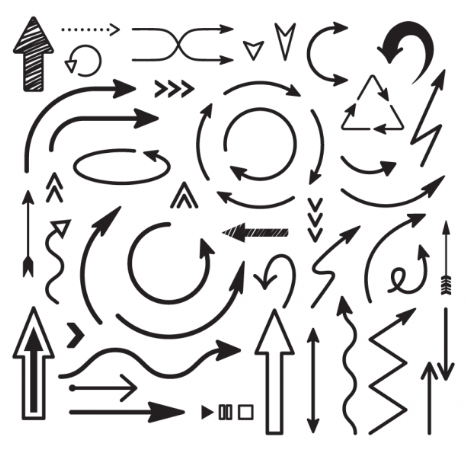 A theory of change can help guide campaigners, their teams and communities. A well-crafted theory of change helps align the available energy, keeping your team focused and clear headed about the change you plan to make and how.

In our workshops, we often use a basic three-part format to train campaigners to clarify their theory of change:

Here’s an example: IF workers and community members refuse to provide labour and services for the construction of a new coal mine THEN the mine’s development will be slowed and costs will increase, possibly resulting in the mine not going ahead BECAUSE the company relies entirely on local labour and community resources.

And another: IF local communities communicate their strong concern and opposition to a proposed coal-fired power station THEN the minister for energy won’t approve or support the plant BECAUSE the government fears a backlash from the community when the next election is held.

It sounds simple enough, but this is a challenging process that takes practice. We’ve noticed four common pitfalls and offer a few remedies so your theory of change works for you and your team.

Magical belief in the power of our tactics

Activists love our tactics. It’s not uncommon for campaigners to write a theories of change that sound like this: “IF we do our favourite tactic long enough, well enough, THEN decision makers will support the policies and programs we advocate BECAUSE they have been influenced by our tactics.”

The ‘BECAUSE’ part needs to communicate your logic and be persuasive. Why, exactly, do you believe that your chosen tactics will bring about desired decisions on the part of your targeted decision maker/s? How can you be confident they’ll even notice that you’ve done those things? Why are you confident they’ll feel compelled to factor your values and concerns into their considerations? For example, are you aware of instances where the kind of tactics you’re planning have successfully influenced people in similar decision-making roles?

Decision makers are influenced by visible and invisible factors. They are obliged to and influenced by their political allies and adversaries, vested interests and donors. To influence these people and institutions to veer from the status quo or the path most frequently taken – such as deciding to reject a development application or to prioritise programs that put health, the environment and education first – we need to understand what makes them tick. What factors can we realistically expect them to be influenced by?

Tactics need to follow (come after) strategy and analysis. We need to have a realistic appraisal of the politics of a situation and how decisions are made before deciding how we’ll exercise the forms of power that are available to. Tactics come last.

Community campaigners often craft theories of change that rely heavily on awareness-raising. These campaigners believe they can influence policy and politics by raising the awareness of either members and supporters or decision-makers (or both). This in turn reflects the assumption that people in public office make bad policy decisions because they don’t know better… or that community members don’t participate in collective action because they are ignorant of the problem. In reality, decisions that support vested interests rather than the public interest are often made because of reasons other than ignorance – on the part of policy-makers or community members. The fossil fuel industry, for instance, ensures decisions that favour their interests by donating to political parties and running hard-headed media campaigns against any politician who stands up to them. People aren’t ignorant of this. In fact, it’s widely understood.

Circular reasoning is another common pitfall. Here’s an example: “If we create power then we will have power we can exercise… because we created it.” This isn’t a useful theory of change because it doesn’t explain how we’ll achieve the changes we’re focused on. It’s also silent on the form/s of power that are most likely to influence the decisions we’re interested in and how we will build then exercise that power.

Here’s another: “If we provide communities with information, resources and connections, they’ll be empowered to exercise self-determination because they are informed, resourced and connected.”

Ask yourself why anyone should believe your theory of change. Why should they invest their time, energy and hope in the course of action that you’re proposing?

Circular reasoning often confuses virtue and power. We’re public interest advocates who work to uphold widely held values, so we have power, right? Sorry, no. Abolitionist Frederick Douglas wrote, “Power concedes nothing without a demand. It never did and it never will.” We don’t necessarily have power simply because we’re campaigning for outcomes that are intrinsically ethical or moral. That’s where the craft of community organising to translate widely-held values into power comes in.

Pragmatic step-wise change or changing society (all at once)

A theory of change created to explain how we’ll influence one or more political decisions this year is unlikely to provide a compelling explanation about how people who share our values and concerns will bring about a better world over decades or generations. The theory of change for a campaign we aim to win this year will be based on this year’s political realities and incorporate fine-grained information about what will influence specific decision makers.

This is like the difference between organising around visionary goals and values and campaigning for winnable objectives like specific public policies. If we’re doing both at once, we need to be clear about the relationship between our short-term objectives and long-term goals. Ideally, our short-term campaigns are part of and consistent with our longer-term social change work.

This needn’t be an either/or decision. But we’ll need one theory of change for our campaign this year and another for our movement’s efforts in the next 20 years.

Here’s a link to our collection of resources on theories of change. Reach out to share ideas and experiences. How are you applying this tool?